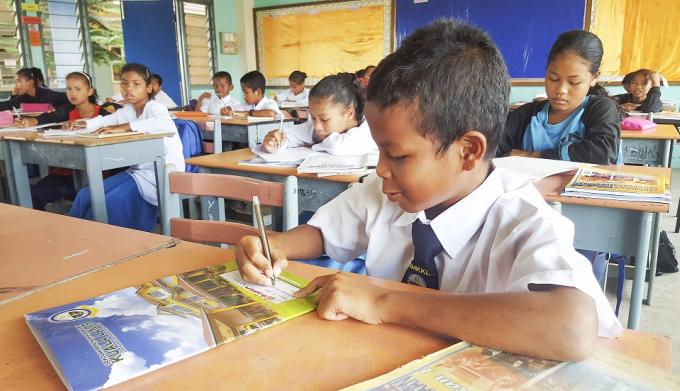 Corruption is a tale as old as time. The irony of its development and transformation, consistent with the dynamic changes of the world, reflects the hypocrisy of our anti-corruption views. Since humans are perceived to be rational, then why hasn’t this disease been eradicated with all the exposure and education efforts over the years?

This pilot study used the Prisoner’s Dilemma Approach (from Game Theory) to assess this subjective behavior in humans. Respondents from around the world were selected due to their anti-corruption or investigative background, in order to ensure that they were well versed with the negative connotations of corruption. These respondents were then given situational questions to which they had to consider actions that would differentiate between a moral or legal obligation, as well as their reluctance to self-incriminate or to incriminate a loved one. Based on these options, the respondents had the choice to remain silent, confess, or deny. The catch was that each scenario involved another person who would also have been given the same choices. This person was explicitly described and distinct in each scenario. If the responses synced, such as if both remained silent, both would be freed. However, if the answers differed, there would be negative repercussions, such as jail time.

It was not surprising to note that the majority of the respondents responded negatively to corruption-related scenarios up-front, with most condemning this act.  However, as the sessions progressed, biasness, selective reasoning and discrimination slowly reflected in the answers. Respondents were more critical of a corrupt politician compared to a corrupt businessperson in the exact same scenario. The respondents also reflected selective reasoning in personal relationships, choosing to deny or remain silent when it involved loved ones (even then, there was selective reasoning based on the strength of the relationship). Some of the other factors that revealed their selective biasness included the credibility and availability of evidence, the independence of the judiciary, the ability to escape, the reluctance to self-incriminate, and the types of personal benefits achieved. In each of these scenarios, the exposure to law and criminal proceedings increased the respondent’s ability to objectively assess the likelihood of escaping without a jail term. It was heartening to note that, in situations involving environmental issues, respondents selected to confess regardless of the situation, stating that it was the right thing to do.

Similarly, respondents were also provided with scenarios related to corruption in education. The questions asked ranged from ‘mild’ corrupt behaviors, such as providing gifts of appreciation to academics in the hopes that this will result in higher marks, to more ‘serious’ behaviors, such as paying to get into university. 31% of the respondents thought that gifts to academics were acceptable even with the hidden motive (27% deemed it highly unacceptable). Only 12% of the respondents deemed it acceptable to pay for a placement at university (65% deemed it highly unacceptable).

Based on the results of the study, it is important to note that the subjectivity of human behavior based on person-situation complexities, relationships; and associations around human life, play a major role in the decision-making process. This is important when reflecting on policies and responses to various corruption dimensions. It is also crucial to consider that anti-corruption education initiatives can perhaps inspire more corrupt behaviour, as individuals may use their newfound knowledge to cover up their tracks. It is necessary to remember that in many cases of corporate fraud, the same skills used to carry out day to day work can also be used to carry out and cover up fraudulent activities.

The education industry should, therefore, reflect on these results. Stakeholders in the education sector should also ponder their own perceptions of corruption. It must also be stressed that this is not an issue of just developing or least developing economies. Developed economies were also part of this pilot study*.

Hence, let me conclude: this is a global issue, and until each of us acknowledge our selective biasness and remove such discrimination, we will not succeed in our anti-corruption initiatives across the globe. However, the fight against corruption must go on, and the importance of education as one of the tools to mitigate this risk cannot be denied. The next phase of this study would be to use Artificial Intelligence to pick up on behavioral red flags that could possibly reduce the risk of corrupt behavior. Perhaps, technology would have better luck identifying culprits at an earlier stage.