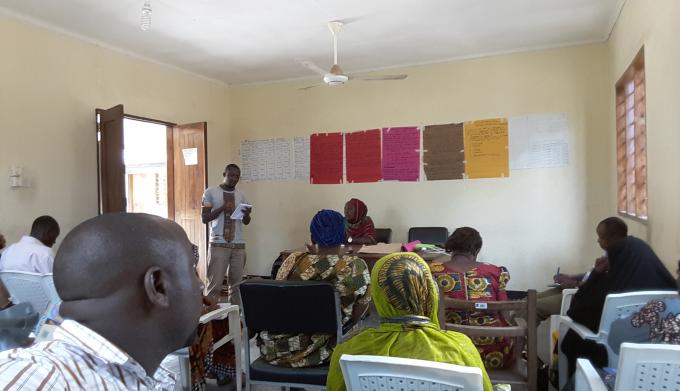 74% of public educational institutions in Sub-Saharan Africa are affected by petty corruption (Transparency International 2013). Petty corrupt practices not only include bribery, but maladaptive practices, such as absenteeism, favouritism and gift-giving, or what the World Bank has labelled ‘quiet corruption’ (2010). To date, anti-corruption interventions tackling such practices often follow rational assumptions of human decision-making from standard economics.

The case is made to acknowledge the role of multiple drivers, including those that are quasi and non-rational in nature. This calls for a novel type of context-sensitive intervention, which not only offers solutions to accountability, coordination and collective action problems of corruption but changes the way people think and conceive of corruption. The latter would require changes in social norms and attitudes, whereby local contexts are taken into account including social habits, community expectations as well as cultural understandings vis-à-vis corruption. Our research in East Africa has evidenced the pivotal role of social networks – bound by ties of kindship, friendship and mutual pragmatic interest – in spurring corruption. Social network-prescribed transactions of corrupt exchange operate on the basis of an economy of favours that seamlessly penetrates the education sector, albeit to different degrees.

In Tanzania, the education sector is less corruption-prone, whereby favouritism and bribery are rather the exception than the norm. This is mostly due to centralised control mechanisms set in place which account for more stringent adherence to bureaucratic procedures and formal rules, and as a result, there is less discretionary space for educational workers and staff to engage in corruption. Our survey results show that 70% of the respondents expressed having ‘high’ to ‘total’ trust in teachers and that corruption in education is rather rare (see Fig. below).

Nonetheless, social-network prescribed favouritism persists. Research participants alluded to cases where relatives of teachers and school workers were expected to receive preferential treatment in exchange for gifts and favours rendered. In such contexts, it is a cultural imperative to ‘help’ members of one’s social networks in a reciprocal manner. From a behavioural viewpoint, a socio-cultural driver that has come to the fore is the social norm to use network ties and connections to, for example, guarantee one’s children the highest educational attainment possible. Interestingly, a bribe or gift exchanged in such settings is seen as something entirely normal and fair, as said transactions are regarded as sources of social exchange and a form of currency. A Tanzanian teacher explained this in the following fashion:

“We are really facing a difficult time because when a person comes needing your services, explaining their distress, you help that person but you have to remember that you are not that well off, and you won’t tell that person that you need something directly to provide your services, what happens is that you will help them and then they themselves will feel that they need to give you something for the services you provided.”

In Uganda, the picture is somewhat bleaker, because petty corrupt practices are endemic and pervasive well beyond social-network settings (see Fig. below).

Ugandan teachers interviewed reported that economic hardship, institutional inefficiency and high costs of living drove them to resort to corruption as they had difficulty making ends meet. Furthermore, petty corruption was not necessarily regarded as ‘something bad’ but rather often understood as instrumental strategies to ‘getting things done’, whereby the aforementioned practices have become an essential feature of mundane day-to-day activities and the normal state of affairs. For example, bribery is common practice to obtain assistance when sitting national exams, to get admission to a school or college although the minimum prerequisites are not met, or to obtain a better position as a headteacher in a more favourable institution ahead of better-qualified candidates.

In terms of corruption associated with sociality, headteachers have reported being put under tremendous pressure from their respective social peers if they refused to, for example, grant favours to network members of high social or political standing, as this would have dear and undesirable consequences, up to the point where they could be socially shamed and publicly shunned. Sometimes, pressure is exerted from within educational institutions themselves as bribe-taking colleagues bad-mouth fellow colleagues (‘positive deviants’) for not accepting bribes and not giving into social network demands. Accordingly, social (‘peer’) pressure and hierarchically organised corrupt networks make it difficult to eradicate corruption because of the manner in which widely embraced social norms of corruption strongly impact the behaviours of a broad range of actors who collude by constructing these complex and self-reinforcing networks.

For more information on this particular research project, consult the Basel Institute on Governance.

Cosimo Stahl has worked at the Basel Institute on Governance’s Research Division for three years in the capacity as a researcher and technical consultant. He is also pursuing a PhD at University College London (UCL) on the role and potential of Anti-Corruption Social Advocacy and Coalition Strategies in Latin America.