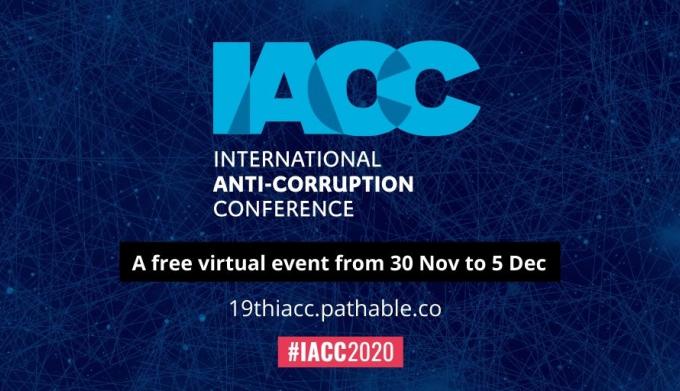 On December 3, as part of the 19th International Anti-Corruption Conference (IACC), IIEP organized a panel on “Open School Data for SDG: Does It Help Reduce Corruption in Education?” The session registered over 100 participants from countries across the world, including Brazil, Georgia, Romania, Indonesia, India, Bangladesh, Germany, Singapore, and France, among others.

The high-level IACC Conference brings together global anticorruption experts to discuss effective strategies to achieve a corruption-free world. Hosted by the Republic of Korea, the conference focused this year on the theme of ‘Designing 2030: Truth, Trust & Transparency.’ More than 500 speakers, including activists, academics, journalists and filmmakers shared their experiences of combating corruption using evolving, innovative practices. Particular focus was given to the effects of new information technology, amplified due to the Covid-19 pandemic, on mass manipulation of information threatening democratic norms.

In keeping with this year’s theme, IIEP’s panel centered on SDG4, which ensures “inclusive and equitable quality education” for all, through the lens of open school data (OSD) –  i.e. diasaggregated school-level data that are shared with the general public. IIEP’s session drew on examples of existing initiatives and discussed ways to use data to track and improve resources and services in schools.

Mr Zaman started by showcasing Bangladesh’s model of parallel Government and CSO-led open school data initiatives. The major differences between these two types of initiative is in the level of comprehensiveness of the data, and in their stakeholder outreach. While the government-led initiatives are often restricted to the office of the head teacher, CSO-led initiatives are multi-dimensional and involve street theatres, citizens’ report cards, information desks, and public hearings – and as a result are better able to create a culture of accountability among citizens.

Mr Suyatmiko presented Cek Sekolahku, a CSO-led initiative in Indonesia, which uses both offline and online tools to promote participatory governance in schools. Under this initiative, local CSOs act as facilitators between citizens and the Ministry of Education and Culture. Cek Sekolahku employs mechanisms such as a web portal, an android app, and text messaging platforms to engage with citizens. It also conducts training for school-level agents and organizes public meetings with ministry officials. “In areas without internet, school bulletins are used to share information,” explained Mr Suyatmiko.

Finally, Mr Mupiganyi described citizen report cards and community scorecards as two effective tools employed to ensure social accountability in the school system in Rwanda. The introduction of these tools by TI revealed corruption malpractices such as inflation of enrolment numbers, diversion of ministry funds and of school fees, ghost teachers, sexual harassment in teacher promotion processes, and teacher absenteeism, among others. TI organizes meetings where policymakers get direct feedback from service users, and jointly create action plans. As Mr Mupiganyi told participants, “this is a soft way of engaging with policy makers”.

The panelists provided several key recommendations, such as making disclosure of data mandatory by rule of law, allocating a budget to support open data initiatives, making better use of information and communication technology, publishing blogs on good practices, and giving recognition of schools that actively implement open data practices.

Ms Poisson concluded the workshop by presenting key recommendations from IIEP’s upcoming publication “Open school data: What planners need to know”, which will be available on the ETICO platform next year and includes practical guidelines on how to design and implement OSD policies.