Report cards are used to generate information on the quality and efficiency of the public service as perceived by users.

This means of collecting information may be used to mobilize local communities in a participatory approach. Data can be collected by way of questionnaires administered to civil servants, teachers, pupils, and parents chosen at random from a sample of schools, and can address issues such as the payment of illegal fees. 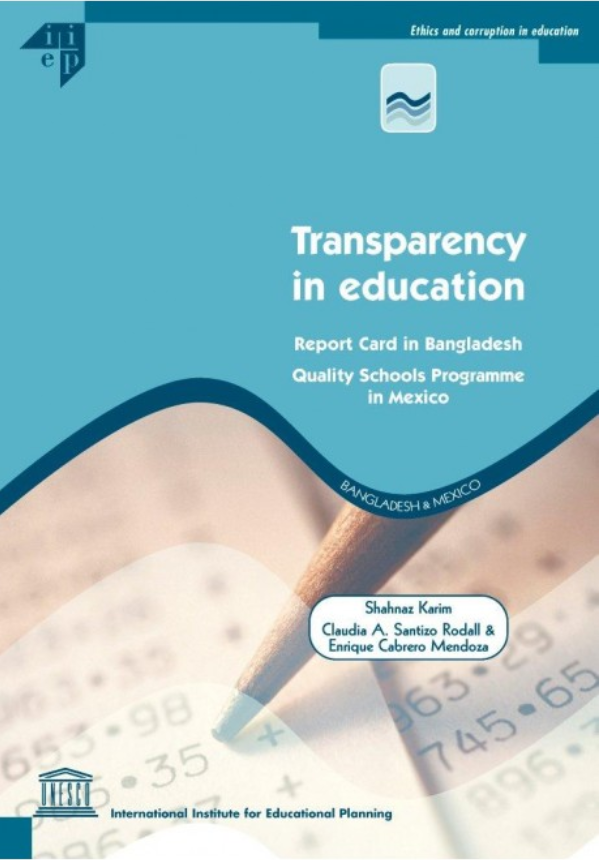 The findings of a report card survey conducted in Bangladesh in 2000 revealed that over 96 per cent of pupils had been made to pay illegal fees in order to take their first term exams and that 20 million Bangladesh Takas has been paid by parents in eight districts (Karim, 2004).

An in-depth review of 14 school report card initiatives from around the world published by IIEP in 2016 (available for download here) showed how anti-corruption elements can be successfully integrated into these initiatives to improve accountability, transparency and integrity in the education sector.

The ease with which this type of survey can be performed in very different contexts has led various organizations and donors – including the World Bank, The Commonwealth Education Fund, and the Hewlett Foundation – to fund and implement such probes.

Chapman professor suing students who tried to cheat on his exams