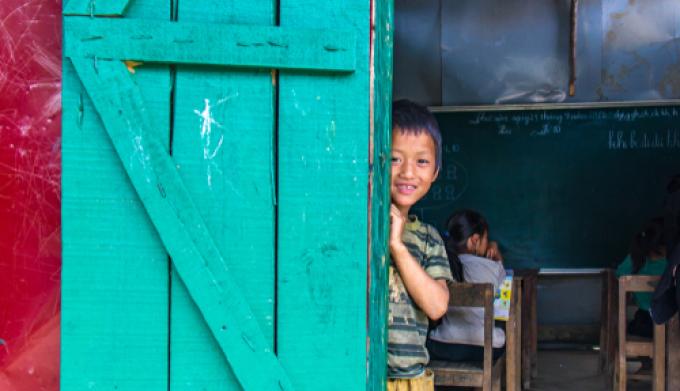 Citizen participation has become an integral part of national and international anti-corruption programmes.

We may all have heard of the concept of ‘open government’, but what does the term actually mean? For the authors of IIEP’s new research study, Open government in education: Clarifying concepts and mapping initiatives, this was the first question to confront. Given the sharp rise in open government initiatives in all areas of public policy in recent years, it is becoming increasingly important for those working in the education sector – and especially educational planners – to consider both where the idea comes from and where it is taking us.

Clarifying the concept of open government

Open government can be thought of as ‘a principal-centred [i.e. in which citizens are the ‘principal’] process of governance aimed at creating public value in a partnership between public authorities and citizens.’ Central to this are transparency, participation, and accountability, the modern notions of which can be traced back as far as the eighteenth century.

Now, the growth of the Internet and other communications technologies has fuelled a corresponding rise in open government policies, as information becomes more readily accessible to an increasing number of citizens. However, as the book’s authors note, it is no longer enough simply to have open data as an objective in itself: attention has shifted away from a goal of ICT-based open data and e-government towards one of understanding citizen involvement as a way forward for problem-solving.

From theory to practice: How does open government affect the education sector?

Owing to its immediate relevance for citizens, the education sector appears to be an experimental field for citizen participation, especially at the local level.

Countries all over the world are implementing open government initiatives in their education sectors. The authors’ research takes into account 34 real-world cases from 26 countries and considers the impact of open government on areas including learning outcomes, school nutrition, school management, budgeting, and provision of textbooks and other resources.

The mapping and analysis suggest that the choice of open government dimensions and targets is context-specific. In countries where there is occasional corruption, open government is mostly used to better align education services with school communities’ needs. However, in countries where systemic corruption exists, participatory initiatives are more often used to monitor and promote public oversight of the proper implementation of a policy or programme.

This new release is the first publication under IIEP’s research project entitled ‘Open government in education: Learning from experience’. Building on the Institute’s work on open school data, this new project seeks to promote more responsive, effective, and innovative educational planning with a focus on citizen involvement. The eight chapters of the book set out a new pathway for understanding both the emergence and the current state of open government in education.

First, the authors review the existing literature to clarify the conceptual confusion around the term ‘open government’ and define it in relation to the education sector. Second, the book elaborates on a ‘theory of change’ that explores the relationship between open government and corruption. Third, it maps out 34 recent open government initiatives in diverse educational contexts worldwide. Finally, the authors provide analytical tools and empirical frameworks for further research.