How citizens can engage in educational planning and policy 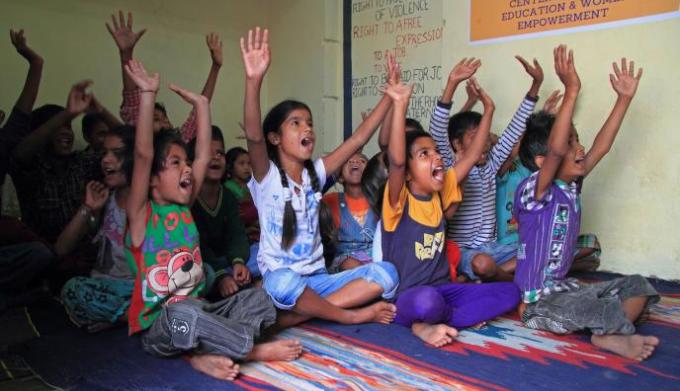 "Education is perhaps the place where citizens and government have some of their closest interactions. This is the place where good governance comes alive and where trust is built or lost".
-Paul Maassen, Chief, Country Support, Open Government Partnership (OGP), keynote speaker for IIEP’s Policy Forum

In IIEP’s recent virtual Policy Forum, Open Government in education: Learning from experience, the message was clear: there is growing momentum to both share more information and collaborate, but also to act on feedback and improve education systems. For three days (16-18 November), decision-makers and educational managers, OGP country representatives, civil society members, and researchers from 50 countries discussed how to move forward with open government as a promising model for integrity planning in education.

More than 1,000 people from across the globe followed the event online. Watch the videos

The discussions focused on a range of open government initiatives from Colombia, India, Madagascar, Peru, Portugal, and Ukraine – all of which have been featured as case studies in IIEP’s four-year research project on open government.

By bringing these examples to life, the participants gained new clarity on how open policy-making, open budgeting, open contracting, and
social audits can pave the way to innovative forms of collaboration between citizens and government. They also highlighted the wide-ranging impact open government can have on education: from improving school feeding programmes to monitoring parental school donations.

Opening the Forum, IIEP’s Director Karen Mundy explained that research in the area has found that public access to information and citizen engagement are key to promoting greater transparency in education systems, but that additional efforts are required to ensure that they have a real impact on the management of the sector.

Open government in the education sector calls on renewed government-citizen interaction and relies on the principles of transparency, citizen engagement and participation, as well as government responsiveness. Karen Mundy, IIEP Director

The value of national-level support

Open government initiatives typically require transparency and open education data. However, as explained by Muriel Poisson, IIEP’s expert on ethics and corruption in education and coordinator of IIEP’s research on the topic, open government must go further:

Disclosing information publicly is key, but it is only a first step. Further action is required from education authorities to accompany new forms of citizen engagement and ensure that appropriate decisions are taken based on citizen’s feedback – including possible legal recourse, she said.

The temptation is often to start organizing at the most local level – where citizens and communities are. However, this can pose challenges for the education sector as decisions that impact people – and learners – are still largely taken at the central level. Therefore, national actors continue to play a large role in the successful implementation of open government.

Among 38 countries that have adopted open government commitments in the education sector, 76% are operated and managed at the national level, compared to 41% at the school level.

For example, national involvement made the first social audits possible in ten Indian states, and in Portugal it facilitated the annual involvement of some 200,000 students aged 12 to 18 in participatory budgeting for education. National support can come in the form of financing and expertise, but also through legitimatizing initiatives through legislation.

In Portugal, 90% of Portuguese public schools have participated in a least one edition of the participatory budgeting program, which aims to strengthen the democratic management of schools by stimulating student participation.

At the same time, the Forum highlighted the immense value of locally driven initiatives, such as Open School in Ukraine. Here, an open budget website was launched to bring more transparency to school budgeting. The site also monitors the type of donations received and opens new channels for dialogue on prioritizing the actual needs of schools.

This initiative has changed my attitude towards the authorities, my confidence has increased because now I see everything that is happening with money. When the principal makes a report, I see that this is indeed true. A teacher in Druzhkivka, Ukraine

How to encourage the engagement of all citizens

Open government is only worthwhile with an engaged citizenry. Yet, for the education sector it can often be challenging as the culture of participation often remains low. To be successful, initiatives must pay attention to how citizens access, understand, and use information, and a plurality of voices must be encouraged.

In Madagascar, for example, local consultation structures (LCS) facilitated participatory planning and budgeting at the municipal level. Varied communication channels – from phones, radio, to posters and school meetings – have helped the public both access and use the information to diagnose shortcomings, and formulate strategies to address them. Similarly, in India, street theatre and puppet shows were used to mobilize the public in the social audits, while in other initiatives efforts were made to ensure that underrepresented voices – including women and youth – were heard.

Beyond citizen engagement, a successful initiative must also foster important links with accountability. “We all agree that answerability is not an end. We have to move towards enforceability”, said Poisson. This means that public authorities must not only report on their actions but change practices, thereby closing the accountability loop.

Nada Zohdy, the Director of the Open Gov Hub agreed: “If people don’t see any response because of their engagement, they will be demotivated. So, ensuring responsiveness and making sure citizens understand the decisions taken is indispensable, even if they are not 100 percent responding to what citizens proposed. The dialogue is important.”

Looking forward, a lot of this dialogue will occur via digital platforms, especially in the age of COVID-19, smart environments, and among younger audiences. However, the participants of the Forum stressed that the existence of virtual platforms and other digital tools are not enough. Citizens need equal accessibility and universal know-how on how to use the information towards the betterment of quality education for all.