Combatting corruption in education on a global front 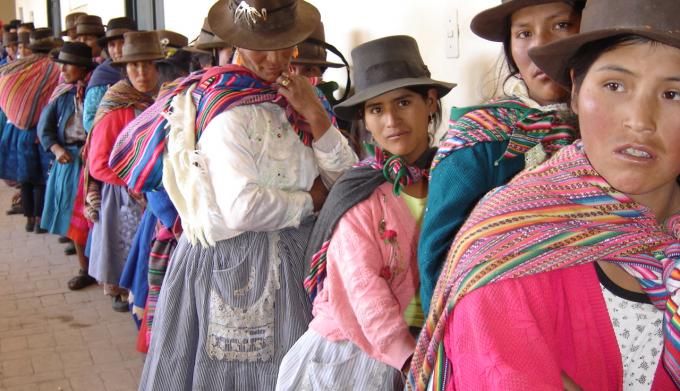 Missing schools funds, ghost teachers, paying bribes to be admitted into universities and buying fake diplomas are just a few examples of the types of corruption which can be found in education systems around the world. While there is little accurate data on the hidden costs of corruption, it is estimated to be in millions and to be having a devastating effect on access to and the quality of education.

Monopolies of power, poor governance and poor supervision at all levels as well as a lack of information on government decisions tend to explain such malpractices. Poverty and the low salaries earned by officials and civil servants are also among the reasons which can trigger corrupt behaviour. Studies have shown that the poorer a country, the higher the level of petty corruption as poverty lends itself to becoming a natural breeding ground for systemic corruption. But corruption can also be found in North American or European countries in school construction, during exams, issuance of diplomas and private tutoring.

To track corruption affecting poor communities and establish which solutions are effective or ineffective, we undertook a comparative study entitled: Achieving Transparency in Pro-Poor Education Incentives. The study shows how education policy-makers can ensure greater transparency when targeting communities and when managing such projects. The following countries with experience of tackling corruption were chosen for the comparative study: Brazil, Cambodia, India, Peru, South Africa, US and Vietnam.

This comparative study shows that universal programmes, such as the National School Feeding Program in Brazil which allows over 45 million children to receive free school meals, provide a straightforward approach to incentive schemes: they are free of complicated calculations or selection criteria. Yet they may not be an option in countries where resources are scarce.

Hence the importance of targeted approaches such as the Quintile Ranking system in South Africa, which allows for the distribution of funds to schools according to how poor they are. To ensure that targeting is not subject to error and manipulation, school data needs to be comprehensive, accurate, and up-to-date; and the selection criteria should transparent.

Conditional cash transfer programmes, which provide funds to poor families on the condition that they send their children to schools, are more challenging in terms of transparency. In fact, they raise technical problems as it is difficult to verify and enforce the compliance criteria. Our study shows that conditional programmes which rely on a long and complex list of conditions are not as effective. The Primary Education For Disadvantaged Children Project (PEDC) in Vietnam is a good example where a set of indicators for assessing progress towards education quality was introduced. But schools not making progress towards them were not held accountable, due to the length of time required to collect all school data.

Our study also shows that it is much easier to track flows of cash than it is to track ‘in-kind’ items, such as construction materials, food, or textbooks. If monitoring staff is scarce, cash-based programmes such as the CESSP Scholarship Program in Cambodia which provides scholarships to poor children (particularly girls), may provide the most transparent option. This programme relies on a simple, straightforward and auditable administration system allowing each organizational unit to trace the paper trail from the central to the school level.

The study, Achieving Transparency in Pro-Poor Education Incentives, found that community and civil society participation in schemes targeting the poor fell short of expectations from a transparency perspective. The reasons for this are the over-representation of influential local people in school committees, a high turnover of committee staff and a lack of training of some of their members. There is undoubtedly a need for a better selection of people who are part of the committees.

Overall, the study found that anti-corruption measures should be included as part of the design of schemes targeting the poor. The measures include frequent reporting, stronger evaluation of projects, local transparency committees, school display boards and social audits.

There is no single course of action that will reduce fraud and corruption in education globally, concerted action is needed on three main fronts, namely: the development of transparent regulation systems and standards; the strengthening of skills in some key areas such as tracking surveys or audits; and greater public ownership of administrative and financial processes.