Combating ghost schools and other forms of corruption in education 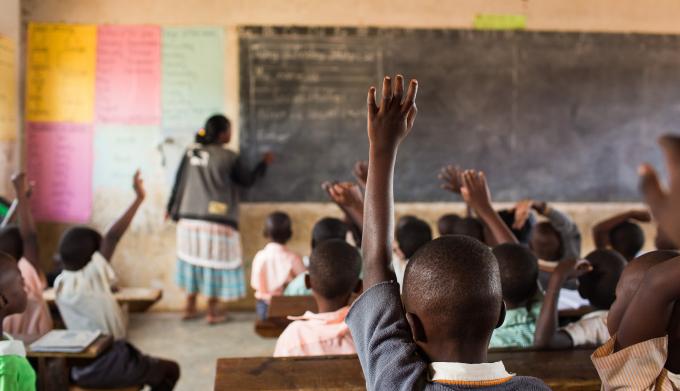 Skimping on materials used to construct schools; the registration of “ghost” schools, teachers and pupils; inflated and fake costs for producing and distributing textbooks; massive fraud during national exams, and payment of bribes to be admitted to universities – these are just some of the widespread forms of corruption to be found in the education sector.

Turning a blind eye to such practices, as well as a lack of accurate data, are among the obstacles to tackling corruption in education. While there is no reliable figure on the global hidden cost of education in corruption, it is estimated to be in the millions and affects both developing and developed countries alike.

Tracking surveys are a concrete step towards stopping corruption, particularly in calculating the percentage of funds that are leaked on their journey from the central ministry of education to the schools. A 2012 survey in Burkina Faso, for example, showed that, in the period 2010–11, nearly a quarter (23.7%) of textbooks never reached the schools. Quantitative service delivery surveys can also prove very useful to calculate the percentage of “ghost” teachers – thus paving the way for “cleaning the list” of teachers, as we have seen in countries such as Uganda. Yet these surveys still fall short of providing an overall figure for the cost of corruption in education.

If corruption in education continues to be difficult to measure, its impact on education systems will continue to be a hard reality for millions of pupils, students, and teachers around the world, denying young people their basic right of access to good quality education and fuelling the vicious cycle of poverty.

Yet corruption in the education sector needn’t be an inevitability, as demonstrated in the Philippines. In the 1990s, education was judged to be one of the most corrupt sectors in the country (together with construction). Corruption was especially high in the textbook industry. The media disclosed multiple forms of theft in education, including theft of public resources, payment of bribes, delayed and failed distribution of textbooks, and ghost deliveries. It was estimated that payoffs ate up 20–65% of textbook funds.

In 2003, a “Textbook Count” was established jointly by an NGO, Government Watch, and the Department of Education, to ensure that “the right quantity and quality of textbooks are delivered to the right recipients at the right time”. In 2003, 37 million textbooks were tracked and in 2004 an additional 13.6 million.

With the help of citizen group volunteers, the Textbook Count was able to address a number of corrupt practices through tighter monitoring of service delivery. As a result, prices of textbooks were reduced by 50%; the quality of materials was significantly improved; completion of the procurement process was reduced from 24 to 12 months, and delivery errors were brought down to 5%.

Together with the Philippines, other countries are now beginning to crack down on corruption in education. The UNESCO International Institute for Educational Planning (IIEP-UNESCO) has documented success stories through its project on Ethics and Corruption in Education and its synthesis report Corrupt Schools, Corrupt Universities: What Can Be Done? The Institute has also provided support to countries to equip them with the right tools and to develop strategies to fight corruption in education, through training and technical assistance.

Breaking the silence over corruption in education is a mammoth ongoing task that needs a global united front in order to ensure that educational goals are met and that children receive the best possible opportunities when learning. Countries also need the right support so that they are able to implement stricter measures.

IIEP’s study found that anti-corruption measures should be included as part of the design of schemes targeting the poor. The measures include frequent and publicized reports, strong evaluation frameworks, local transparency committees, school display boards, and social audits. They are presented in detail in a book but also on the ETICO portal, which houses the latest cutting-edge research, tracking ethics and corruption in education.

This blog was initially published on ON THOMSON REUTERS FOUNDATION