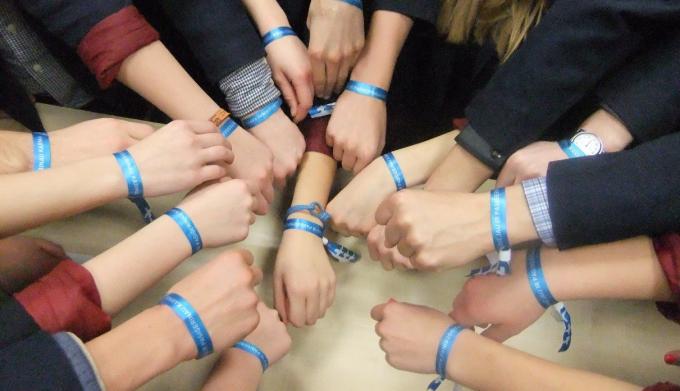 This research initiative by Transparency International Lithuanian Chapter seeks to identify whether the signing of integrity pledges could reduce the levels of cheating in the classrooms, and if so in what way.

In Lithuania, we wanted to test easily implemented measures such as integrity pledges to boost the culture of integrity at schools and see how effective these measures are in practice.

An integrity pledge is a student’s written promise to behave honestly during an assignment. They promise to perform their work in an honest manner and to not cheat or plagiarize.

Inspired by the work of the group of scholars, headed by Dan Ariely, that examine the effect of publicly-made integrity pledges by students (for more see: Dan Ariely, The Honest Truth about Dishonesty, 2012), TI Lithuania wanted to measure the effectiveness of such pledges in the local context.

The purpose of this research initiative was to identify whether the signing of integrity pledges could reduce the levels of cheating in the classrooms, and if so in what way.  In particular, we wanted to discover whether this experiment could be successful in an environment where cheating is the norm, rather than an exception (according to prior research, 9 out of 10 students cheated at least once at school and half of students at university believe cheating is common in their program).

Hence, at the end of 2015, we set up the first experiment in the country, testing the effectiveness of integrity pledges.

How did it all happen?

We divided 12 schools in the Vilnius region into a control and an experimental group. In the experimental group, we asked gymnasium students (third year, ages approximately 16 -18) to use integrity pledges for one month when writing their assignments. Students had from 5 to 22 assignments during this period.

Integrity pledges were introduced at the beginning of each written assignment (already glued to the assignment paper) and students were asked to sign them. There were very few students who protested signing the pledge. After the experiment, we found that 73 percent of students evaluated the usage of integrity pledges as ‘neutral’, which means that such measures could be easily introduced into classrooms. 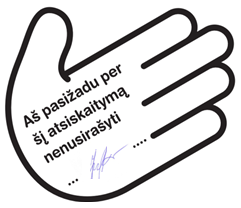 This is the pledge that was used for our experiment (it says: “I promise not to cheat during this assignment”).

To identify any changes in students’ attitudes and behaviours, we visited both groups of schools and surveyed all third-year students - 706 students before the experiment and 699 after the experiment. Questionnaires included various questions on cheating (how often students consider cheating, how often they see others cheating, how do they react to such behaviour etc.) as well as on their individual characteristics and academic achievements.  Since this is a pilot experiment, it can provide information about changes in selected groups, but not general trends for an entire population.

What did we find out?

We defined students as “honest” or “dishonest” depending on how they answered the following question:  „How often have you cheated during the last month?”

This experiment is only the beginning of a conversation about the effectiveness of integrity pledges in schools. The experiment gave rise to new questions for future research. As this is a pilot experiment (and provides information only about the selected group), we hope it will inspire other researchers to further investigate the topic of academic dishonesty. It would be interesting to further examine questions such as: What would be the effect of integrity pledges if they were used for a longer period of time? What kind of measures might be useful and effective to change the attitudes and behaviours of students who frequently cheat? 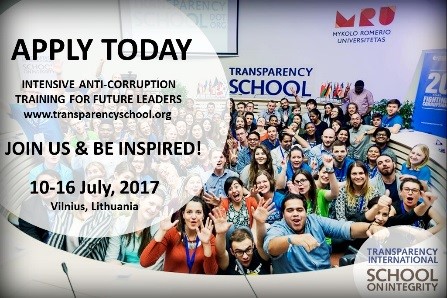 Transparency International Lithuanian Chapter is also the organizer of the annual School on Integrity in Vilnius, Lithuania. This year’s summer school will take place from 10 to 16 July 2017. Young activists can apply here until the 15 of May to be part of the 7-day training.