Accountability in India’s TVET sector: the need for a unified information system to tackle corruption

Erasmus+ Scholar in Education Policies for Global Development, with prior think-tank and journalism experience in Higher and Vocational Education. 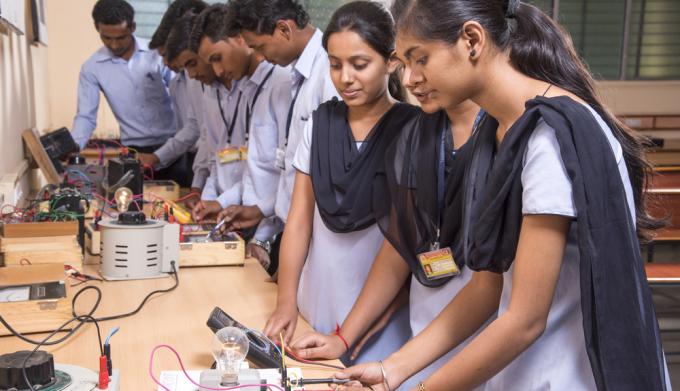 Although cases of fraud are often reported in India’s TVET sector, a lack of comprehensive data on fund flows and operations impedes effective management

It is not unusual to see media reports of corruption or mismanagement of funds in the skills and vocational education space in India.

In one of many such cases, a Delhi candidate was offered a computer training course from an institute claiming to be registered under the Central government’s Skill India programme. However, after paying the deposit the candidate heard nothing further from the institute and soon discovered that the institute was fake and had no physical presence.

Similarly, a number of implementing agencies were penalized by the Ministry of Skill Development and Entrepreneurship (MSDE) for misappropriation of funds. Under the scheme run by the Ministry of Textile, private agencies could collect a 75 percent government subsidy for training candidates and placing them in jobs (MSDE, 2018a). A partner NGO, which trains under-privileged candidates in tailoring, filed a Right to Information (RTI) application on the scheme, which revealed that several agencies had collected government funds for the certification and placement of ghost beneficiaries by submitting falsified reports, using the identification details of existing candidates (Singh, 2018).

Furthermore, under the Bachelor of Vocation (B.Voc) scheme, the Ministry of Education (MoE) sanctioned grants to select institutes, such as Mumbai’s St Xavier’s College and Pune’s Fergusson College. However, due to delays in the payment of the grant, the institutions were finally forced to either discontinue courses or increase the student fees (Wadia, et al., 2019).

Unfortunately, any action on such issues is often belated and comes long after the students have suffered from the impact.

The above regularity of these occurrences can be attributed to a number of factors related to governance and planning within the sector. In India, Skills development is primarily managed by the MSDE, through its flagship Skill India programme. The MoE also runs certain aspects of the TVET offer, such as Community Colleges and B.Voc courses.

However, overall at least 20 Central ministries and departments are involved in running and implementing TVET schemes and programmes (Labour Secretariat, 2018). The lack of coordination among these ministries, as well as the lack of a unified information system, leads to anomalies, which not only impact learners but also the public exchequer.

Following repeated cases of corruption, in 2018 the National Council for Vocational Education and Training was designated as the sole regulatory body for the sector and was tasked with overseeing recognition and regulation of awarding bodies, assessment agencies and training providers; approving qualifications; monitoring and supervising recognised entities and also tending to grievance redressal (MSDE, 2018b). However, it has not published any data since its inception. In addition, the University Grants Commission (UGC) remains the regulatory body for B.Voc courses in universities. A new MSDE information portal called the Skills Intelligence Platform likewise does not provide state-level information, thus presenting an incomplete overview of the skills ecosystem.

For information to be useful and effective, it has to be captured and shared in such a way that stakeholders can access and interpret it easily. Hence, it is imperative for the concerned ministries to assimilate and publish information on the state-level distribution and details of training providers and training centres, as well as the candidates enrolled under them, types of courses, duration of courses, types of schemes, targets expected and met, number of placements, responsible ministries and departments, etc. It is also essential for the Central ministry to conduct regular Public expenditure tracking surveys (PETS) to track and detect any leakage of public funds in the sector.

With help from such a system, in the aforementioned scheme of the Ministry of Textile, the partner NGO could have detected corruption without having to file an RTI application. Similarly, the candidate from Delhi could have verified the status of the bogus institution, and HEIs could have known the status of the release of the B.Voc grant so they could plan their programmes accordingly.

In conclusion, in a highly decentralised system such as this, the absence of a unified information system makes it easy for ill-intentioned individuals to indulge in wrongful practices. Hence, along with the PETS, the government should require all states to regularly publish and update data relating to operations and service delivery of TVET actors on their websites, according to a national standard, which could then be linked to the Central website of the MSDE. Such information would help candidates understand the programmes they sign up for; partner institutes and NGOs could find information about grants and programs run by government agencies, and the government would be better be able to regulate scattered parts of the education ecosystem.