Public expenditure tracking surveys (PETS) study the flow of public funds and make it possible to determine whether resources reach their intended destination, or if there are leakages along the way.

The scope of PETS can vary according to the type of expenditures tracked, the number of levels of public administration involved, and the sectors analysed. They are most relevant where public accounting systems function poorly or provide unreliable information.

Several dozen PETS have been implemented around the world (to access country reports, go to ETICO page on Statistics). Results show that the percentage of leakage rates can range from 87 per cent of the per capita subsidy paid to primary schools in Uganda in 1995 (Reinikka and Smith, 2004) to 49 per cent of the non-wage funds allotted to primary schools in Ghana in 1998 (Ye and Canagarajah, 2002). 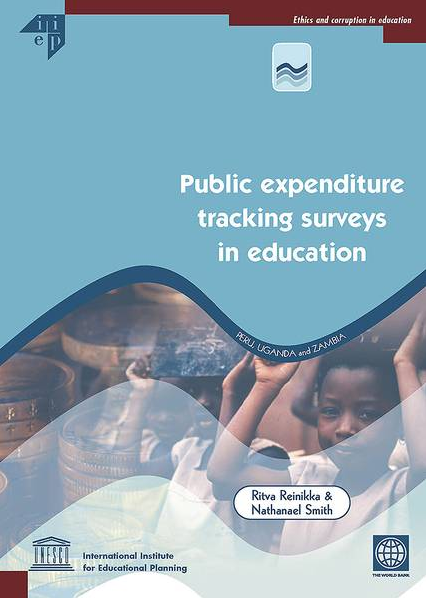 Studies have also shown that leakage rates can depend on a number of variables, such as school size, location, student poverty level, teacher profiles, and funding modalities. For example, the leakage rate was 10 per cent for rule-based funding applied to primary schools, versus 76 per cent for the discretionary funding given by local authorities to schools in Zambia in 2001 (Das et al., 2004). Read more here
To begin to implement a PET download a sample questionnaire to collect data at the school level.