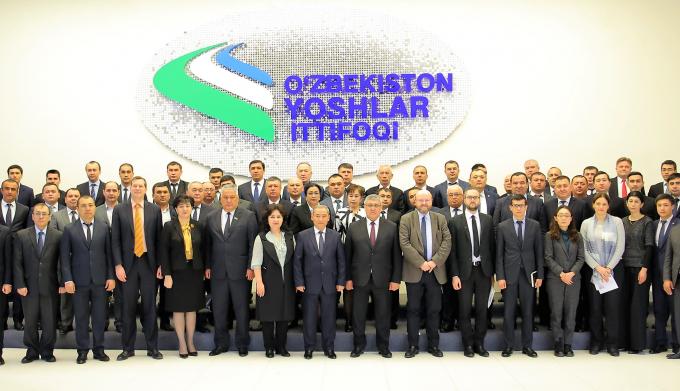 Pursuant to this Decree, the Uzbek Interagency Commission on Fighting Corruption has undertaken the development of a “Road Map to fight Against Corruption in Higher Education and the Implementation of the “Corruption-Free Industry” Project” for the 2019-2020 period. In this context, and at the invitation of the UNESCO Tashkent
Office , IIEP participated in two major events held in the Uzbek capital.

National Conference on “Higher Education: An Area Free of Corruption”

The first event was a national conference held on February 27 at the Assembly Hall of the Union of Youth of Uzbekistan. It was organized by the Academy of the General Prosecutor's Office of the Republic of Uzbekistan and the Union of Youth of Uzbekistan, in partnership with UNESCO Tashkent Office, United Nations Office on Drugs and Crime, Organization for Security and Co-operation in Europe, and Japan International Cooperation Agency. It brought together about 120 participants from interested ministries and departments, public and private higher educational institutions from Tashkent and the Ferghana region, as well as several research institutions.

Ms Muriel Poisson, IIEP Programme Specialist, was invited to present on the topic of “Corruption in Higher Education”, and to co-chair one of the panel sessions. 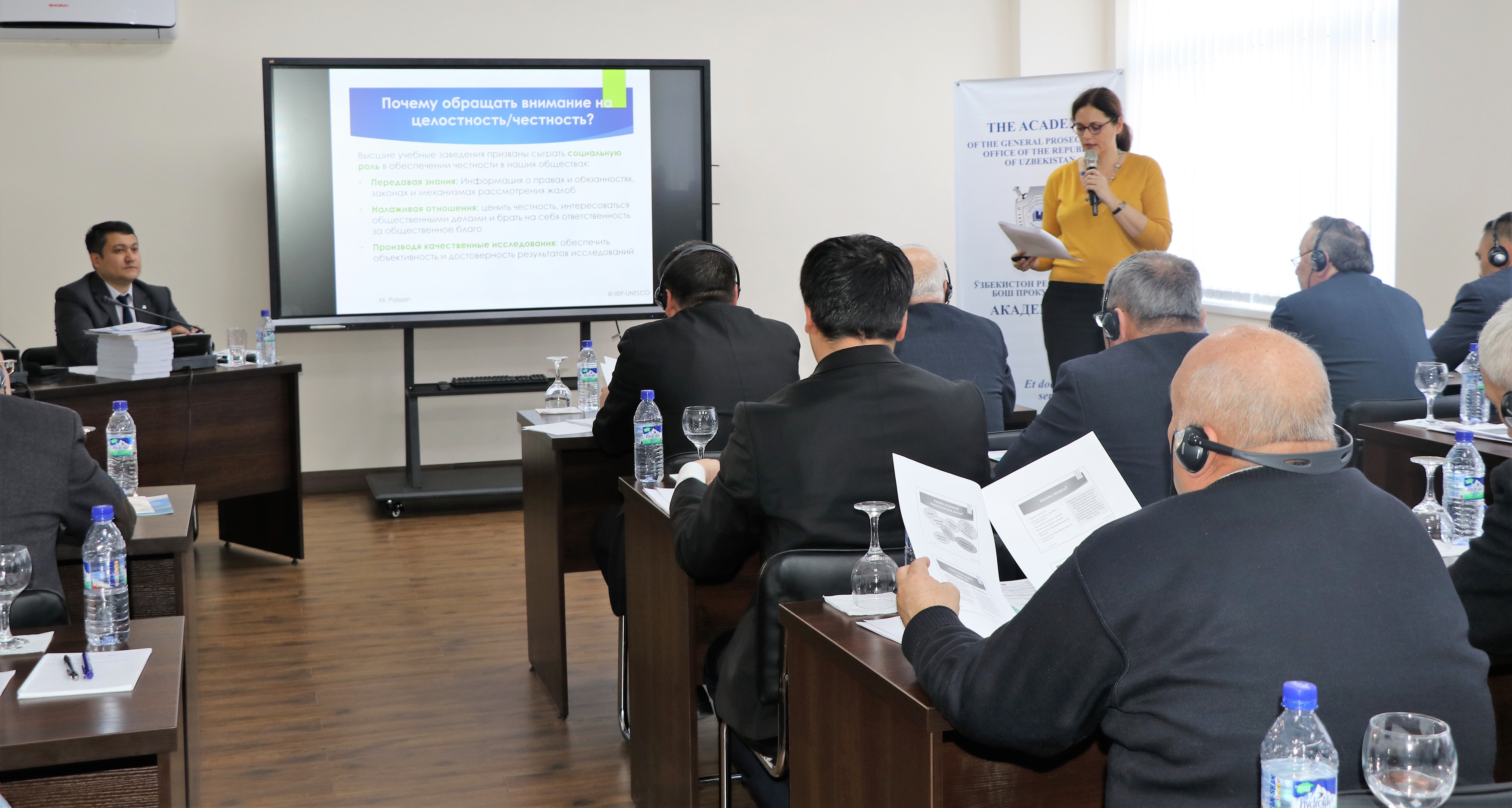 The main objectives of the Conference were:

The debates were opened by H.E. Madjidov Inom Urishevich, Minister of Higher and Secondary Special Education of the Republic of Uzbekistan.

Examples of innovations recently introduced by Uzbek higher education institutions were shared. In particular, the group heard of innovations aimed at reducing risks of corruption in student admission processes, promoting open competition in the recruitment of academic staff, or adopting codes of ethics. Interestingly, several of those innovations were initiated by foreign universities established in Uzbekistan, such as Turin Polytechnic University, Westminster International University, or Singapore Institute for Management. A short video prepared by the Union of Youth of Uzbekistan was shown to the participants, with a view to raise awareness of the detrimental effects that corruption in the higher education sector has on our societies.

The second event was a training seminar organized by the UNESCO Tashkent Office for representatives of higher educational institutions from Tashkent and the Ferghana region, where Ms Poisson was asked to conduct the sessions and facilitate the group work. 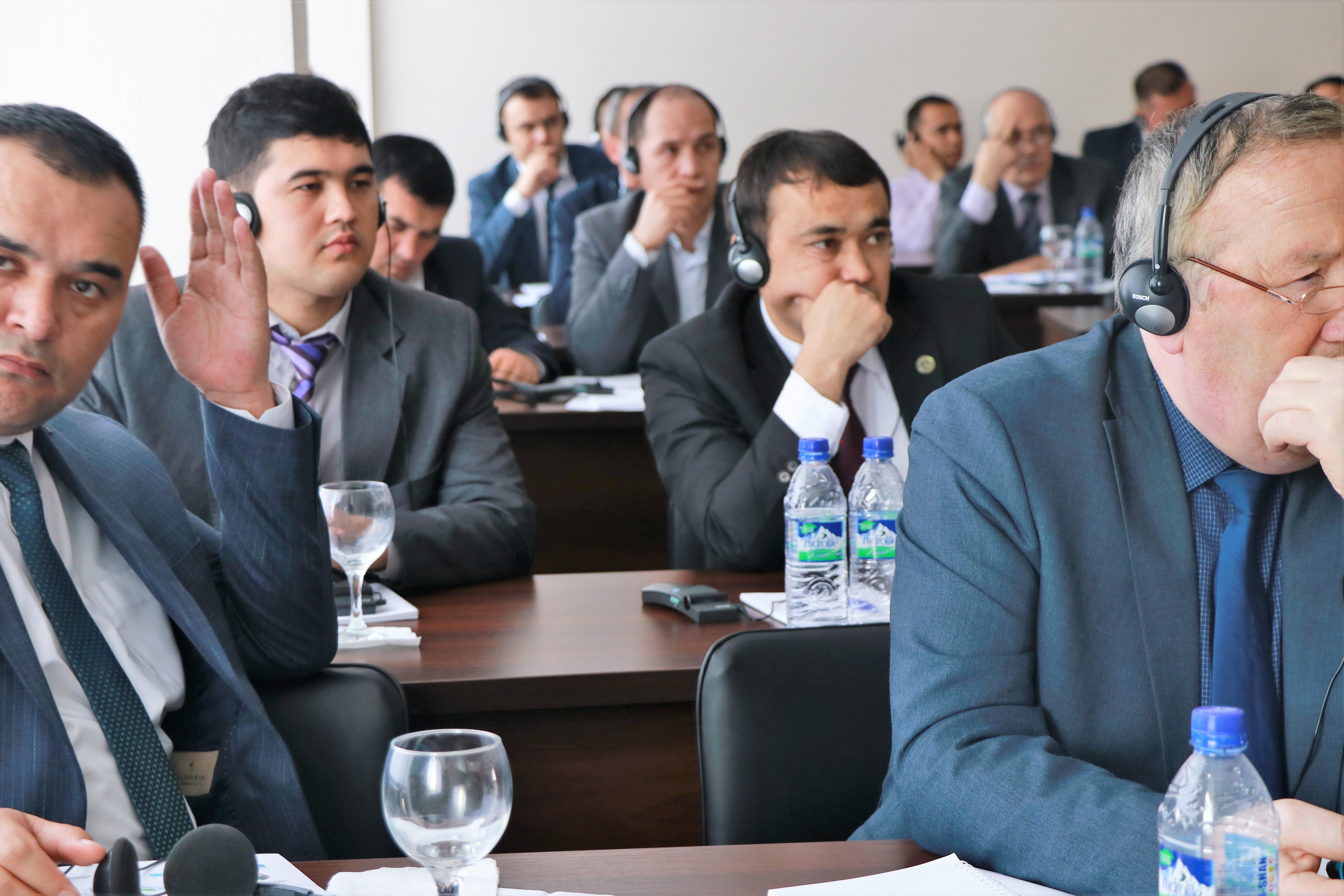 The main objectives of this seminar were the following:

About 30 people attended, mostly Rectors and Vice-Rectors from universities located in the Ferghana region. Using participatory approaches, participants formulated a series of concrete recommendations on how to reduce corruption risks in higher education institutions in Uzbekistan, which they presented, discussed, and refined throughout the day. The Russian version of the IIEP book “Corrupt schools, corrupt universities: What can be done? ” was used in support of the presentations and working group sessions. Some of the main areas which emerged as particularly important included: developing capacities of higher education institutions to manage revenues for rents, donations, etc. in a transparent way; promoting public oversight in the use of university funds in a context of growing autonomy; facilitating the introduction of technical tools to organize competitive staff recruitment process; and increasing academy integrity as regards intermediary tests.

Follow-up activities of both events are planned over the next few months.

Download the Russian version of the book “Corrupt schools, corrupt universities: What can be done?”

Click here to watch the interview conducted by Uzbek television and radio during the Tashkent Conference.