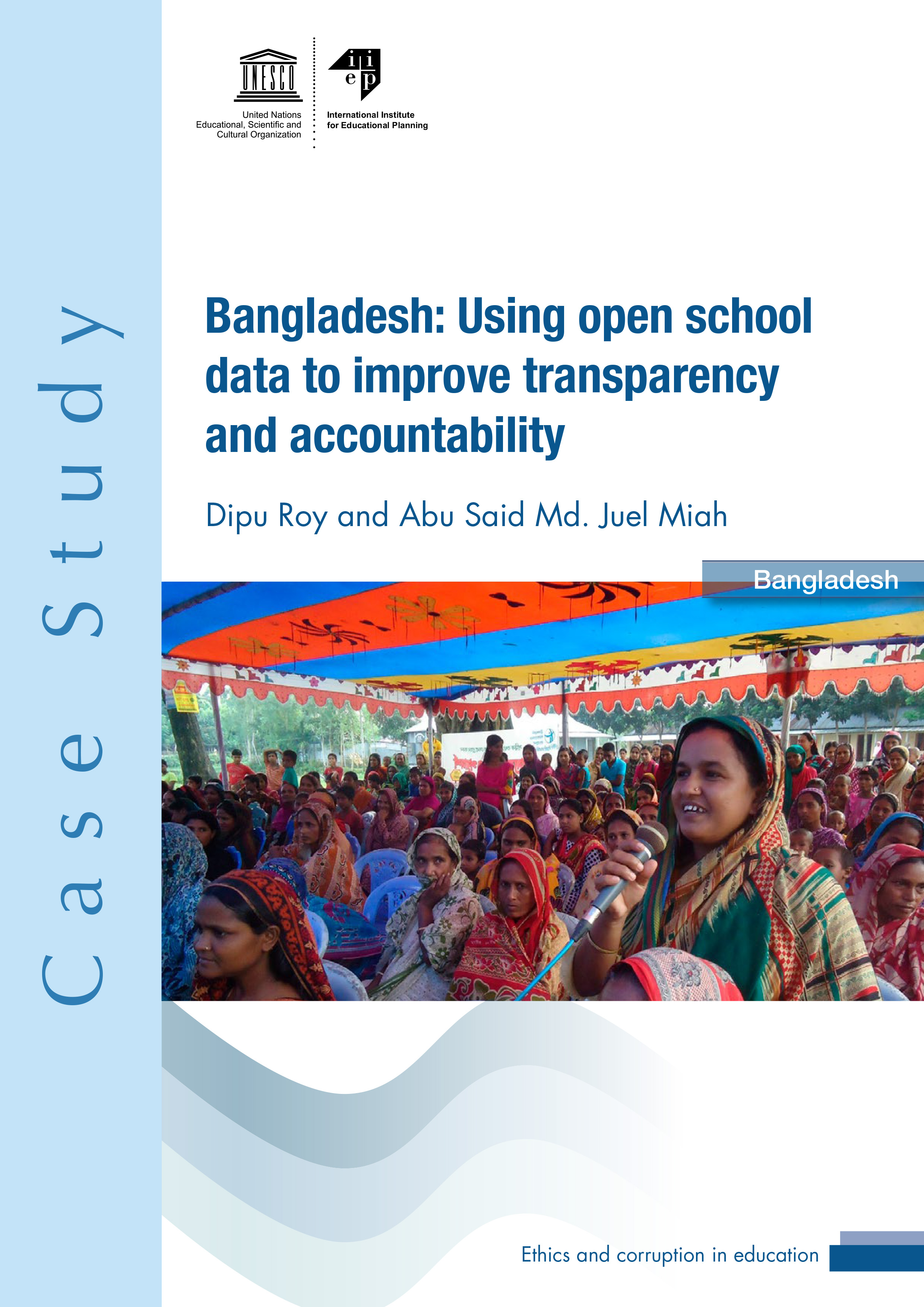 The study highlights the importance of transparency and accountability initiatives and compares government and citizen-led initiatives by testing three hypotheses:

Field data captured from school-level stakeholders, including parents, suggest that open school data initiatives conducted under these interventions have proved useful in improving transparency and accountability and reducing corruption risks in schools. However, field data also show that none of the selected schools under any of the initiatives directly disclosed financial statements to parents. Rather, the schools tended to provide open access to information relating to pedagogical issues and management issues on a limited scale.

Nonetheless, field data suggest that the sharing of pedagogical and management data can indirectly illuminate the use of financial resources, providing parents with knowledge of corruption risks in schools and allowing them to confront irregularities in a variety of ways.

TIB intervention schools have found that open data initiatives work to bridge the information gaps between school authorities and parents, which has inspired the authorities to become more transparent with parents by disclosing information through different media. Thus, the open data initiatives have helped to improve transparency and accountability in the management of the education system.

In their conclusions, the authors argue for school data initiatives to be designed and organized in such a way that both the school authority and parents are incentivized to become involved in disclosure procedures; and that parents be actively engaged in mothers’ and parents’ gatherings accordingly, learning from the experience accumulated by TIB in the area.

Dipu Roy is Programme Manager at Transparency International Bangladesh (TIB). She studied Sociology at the University of Dhaka. She is experienced in conducting research on diverse and extensive issues, including education, health, local government, democratic process, integrity in public institutions, and law enforcement. She has been involved with national and international surveys and research. She is one of the researchers at TIB actively involved in using social accountability tools like Citizen Report Card (CRC) in monitoring local public services.

Abu Said Md. Juel Miah is Senior Programme Manager at Transparency International Bangladesh (TIB). He studied at the Institute of Development Policy and Management, University of Antwerp, Belgium. He has worked for more than thirteen years in the areas of governance in public services, rights of women and marginalised people, active citizenship of women and youth, education, NGO governance, and community legal services. He collaborated with many national and international NGOs operating in Bangladesh, including ActionAid, British Council, NGO Forum for Public Health, and Bangladesh Centre for Advanced Studies (BCAS) as a researcher, evaluator, knowledge manager and activist.