More books for more students: reducing corruption in the book supply chain through “Track and Trace”

is the Head of Global Education Services at BurdaEducation, an international publishing company. As a champion of user-driven design, Sonny Lacey is a technology consultant for book supply chain operations in Africa and Central America. 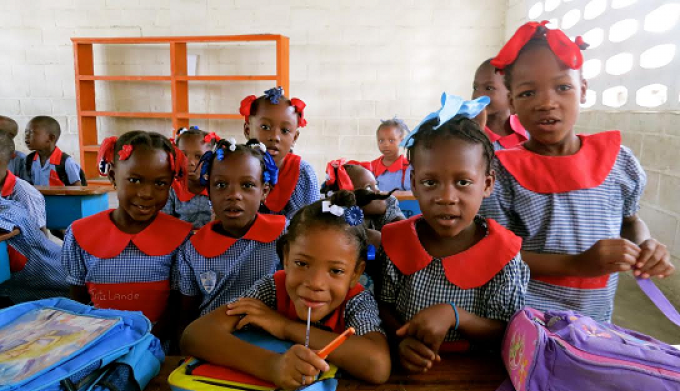 In 2017, the UNESCO Institute of Statistics estimated that 617 million children are not acquiring basic skills. The absence of textbooks and other teaching and learning materials is a key factor in this learning crisis.

Data are not systematically available, but a variety of studies have found textbook scarcity, including in Cameroon (1 reading textbook for 12 students), Togo (1 reading textbook for three students), Chad (80% of second-grade students without French books), and Burkina Faso (92% of second-grade students without mathematics textbooks) (UNESCO, 2016). Existing models of textbook provision have been unable to resolve these issues: “despite decades of funding by governments and development partners, few low-income Sub-Saharan African countries have been able to establish sustainable systems for providing textbooks and other essential teaching-learning materials” (Read, 2015, p.3). Governments and development partners face challenges in providing adequate oversight of textbook supply chains, reducing the quality and availability of books.

Adding tracing and verification systems, often called “Track and Trace” systems, to book supply chains would allow book deliveries to be tracked from the point of production (the printing plant) to the point of use (the school or program). Track and trace systems are built on the hypothesis that transparency in book supply chains and the involvement of the broader education community will increase the number of books that are successfully delivered to schools.  Such systems are used in a vast number of commodity supply chains in all sectors and can be very low cost.

Approaches to Track and Trace

Almost every track and trace system uses an identifier, either a bar code or a QR code, and mobile technology, either app-based (smartphones) or through an existing phone feature (older phones).

App-based interventions require users to install an app on their smartphone. Resident feature interventions rely on mobile phone features, such as text messaging. Hybrid approaches are systems using app-based messaging, such as WhatsApp or Facebook Messenger; these are still considered to be “app-based.” App-based technology can compile rich reports and guide users through interactions. Users can attach pictures of book carton damage, sign with their fingers and so forth. A significant drawback to app-based system use is the app itself: users must go to the “app store,” download the application, allow it to install and then register. In many instances, users do not have storage space on their mobile devices or do not know how to download new apps.

Resident feature-based programs use the text message platform (Short Message Service, or SMS) that most phones already have or the phone itself in the case of Interactive Voice Response (IVR). IVR allows a guided step-by-step experience and can also use pre-recorded menu options in local languages. IVR can also lower the error rate that incorrect typing might cause in SMS-based systems and is generally cheaper than SMS. One drawback of IVR is that it relies on server processing power and connectivity between servers and the phone network. SMS is more fault-tolerant in cases where internet data is restricted but the phone network remains active. A drawback of SMS is that creating a step-by-step experience that filters user input (for example, not allowing a user to enter text when a number is called for) can be difficult.

What does experience tell us?

Telecommunications networks and rates must be considered when making decisions about which technology will be the most effective and the most cost-effective. Pilot country programs in Honduras and Ethiopia have produced these conclusions:

Track and trace systems have the potential to play a key role in improving book supply chains, ensuring that all students have the materials they need to learn to read and read to learn.  They are low cost, easy to implement, and widely available in formats that match local resources and capacity.  Given that textbooks and TLM are critical to improving student learning and expensive for governments and development partners, track and trace should be a standard element of all funding for educational materials.