Co-founders of Democracy In Practice 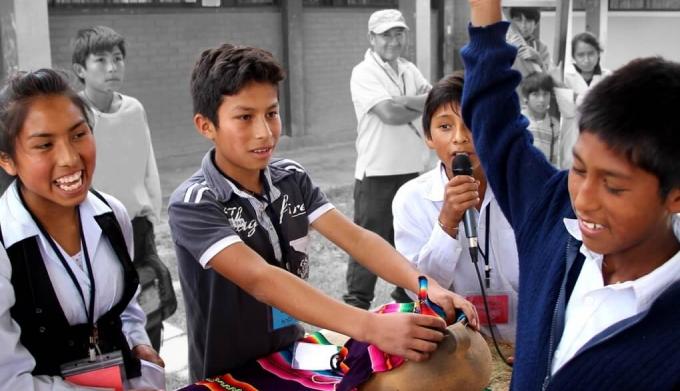 Students can and should play an active role in opening government in the educational sector, and help make decision-making more transparent, accountable, and public-oriented. The way we involve and empower students in doing so, however, is ripe for a fresh and innovative approach. We posit that the deliberate use of democratic lotteries — that is, processes of random selection — to select student representatives to engage in deliberations and decision-making shows particular promise in opening government in education. This versatile and flexible tool can be inserted into educational governance in a range of ways.

While lotteries might be used to involve the general public in developing educational policy, as Citizens’ Juries have in the UK, we focus our attention in this blog on the use of lotteries within education systems and their governance. Built into governance structures of institutions or regulatory and planning boards, the use of lotteries to select student representatives has the potential to play important structural, educational, and cultural roles in open governance and anti-corruption efforts.

A growing body of research on the political uses of lotteries to select representatives suggests that they can increase participation and openness in decision-making by offering both a low threshold for entry and an equal opportunity for selection, including for those traditionally underrepresented. At the same time, lotteries protect against self-serving ambition, improper influence, and entrenched power. The use of lotteries precludes nepotism and limits outside influence while mitigating the effects of self-selection; it also selects for groups that reflect the demographic makeup of the population they are meant to represent and draws them anew each term. Those selected for participation are thought to be impartial, being free from political debts and pressures to cater to particular interests on whom political futures might depend.

From theory to practice

Do these espoused benefits also apply to student participation in educational governance? Our work with Democracy In Practice— a non-profit dedicated to democratic innovation in schools — has sought to develop on the theoretical potential of lotteries and explore their practical potential in schools. Here, ground-breaking projects in several Bolivian schools saw elected student governments entirely replaced with those chosen through democratic lotteries, and inspired similar projects elsewhere.

Interestingly, peer-reviewed research on this work demonstrates that, despite the orthodoxy of elections, student groups not only perceived lotteries to be a legitimate selection method but preferred them over elections. Students found them to be fairer, more participatory, and to produce student governments that were both more representative and deliberative. Higher education has also seen pilot projects with lotteries being used for student input and decision-making, including at Leeds University Union and our respective institutions, University of Victoria and Queen Mary University of London, further hinting at the viability and value of lotteries for student participation and university governance.

From practice to expansion

On the back of these initiatives, we see a variety of opportunities to increase the use of lotteries to involve students in educational decision-making. As was the case with Democracy in Practice, lotteries could be used as a replacement or complement to elections within student governments. Student unions could, for instance, select some or all of their representatives through a stratified lottery to ensure they represent the broader student body.

Alternatively, educational institutions and planning bodies could commission the most prolific contemporary use of lotteries, mini-publics, which combine the use of lotteries with robust processes to foster learning and deliberation. Student mini-publics might therefore be incorporated into educational governance structures in a variety of ways. They might be commissioned — as they frequently are in the public sphere — on a one-off basis to provide input on particularly controversial or challenging decisions, such as those related to institutional priorities or, in some cases, even curricular reform. Or they could be given a more permanent role in publicly scrutinizing others’ decisions on policy or spending, increasing accountability and helping ensure that such decisions reflect the values, needs, and priorities of students.

These structural roles aside, lotteries could also make more indirect contributions to open government in educational and cultural terms. By involving new and wider groups, lotteries can help engage more — and different — students, distributing civic development opportunities more evenly across the population. Indeed, discussions with lottery-selected participants in our projects have often revealed that, but for the lottery, those involved would not have participated otherwise, emphasizing the limited reach of elections and appointments. A more even spread of civic development opportunities may, therefore, support greater scrutiny within educational settings by empowering a critical mass of students needed to speak up, call out impropriety, and take appropriate action.

Moreover, the profound expression of equality inherent in lotteries may help counteract the notion that governance is for the select few, breaking down the distinction between the governed and governing, and sparking cultural shifts that support accountability and collective-oriented decisions.

In all, this is an idea that is gaining traction. Lotteries hold significant potential for opening up educational governance and helping ensure that those making decisions, or those conducting oversight, are independent and representative of the broader population of stakeholders. So too can they be key to the individual and social development that underpins an equal and engaged population. Those seeking more transparent, accountable, and public-oriented decisions in educational contexts would do well to take note and find ways to experiment with lotteries in their own contexts.

Simon Pek is a co-founder of Democracy In Practice and an Assistant Professor at the University of Victoria’s Gustavson School of Business. He was the project lead of the Students’ Dialogue on Democratic Engagement.

Jeff Kennedy is a co-founder of Democracy In Practice and a Lecturer (Assistant Professor) at Queen Mary University of London’s School of Law, where lotteries played a crucial role in its Students’ Jury on Pandemic Learning.