Not the usual suspects: largest survey on EU academic corruption 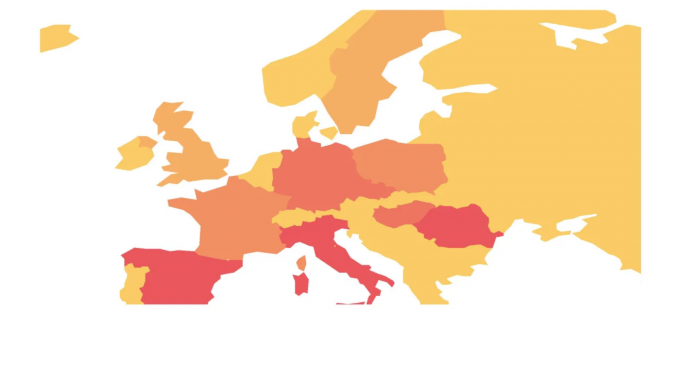 Academic corruption is a huge and growing market. Long-term demand is strong: education is worldwide by far the most accepted tool of moving ahead socially.[1]

A university degree is generally regarded as the key to entering a managerial position, while the gap between management compensation and blue-collar pay has been steadily growing for decades. In the short-run, the financial crises has lead to unemployment rates never heard-of in post World War 2 Europe. Meanwhile, the academic field generally enjoys high prestige, refuses outside regulation and manages a budget of 2.227,00 billion US$, higher than that of state military expenditures worldwide.[2]

It should therefore not be too surprising that corruption at universities in selected European countries is perceived to have reached serious proportions. A YouGov survey of 5.217 people who studied in 10 European countries and commissioned by our company has found that in certain states corruption is thought to be endemic in almost all major fields. This is one of the largest surveys on the subject to date.

The lowest levels of perceived corruption were recorded in the United Kingdom and Sweden, while the highest were reported in Spain, Italy and Romania.

Surveyees graduated in one of ten EU member states: Czech Republic, France, Germany, Hungary, Italy, Poland, Romania, Spain, Sweden, UK. They were asked to name the number of corruption cases they perceived to have encountered during their university studies in five specific areas: admissions to the university, marking, the awarding of diplomas or PhDs and the recruitment of academic staff.

“Academic corruption” was defined as any academic decision not based on academic criteria, but bribes, gifts, family ties, party membership or wilful omission of exam supervision.

By not defining academic corruption to consist only of bribes, we found that the assumed gap between Eastern and Western Europe is less clear-cut than previously assumed.

The highest levels of corruption can be found in marking (median: 32%), the lowest in awarded PhDs (11%). The middle field is occupied by corruption in admissions (24,5%), recruiting academic staff (23%) and awarded diplomas (18%). The high levels of perceived corruption in academic recruiting are surprising. It has to be conceded that this survey is one of the first to even ask the question.

Women are less likely than men to report having perceived corruption in each of the ten countries surveyed (median: 24% vs. 20%). The largest discrepancy was noted in Spain, where 40% of men but only 29% of women reported having known of cases of academic corruption at their university during their studies.

Academic corruption is not the result of a specific national culture. Massive changes in corruption levels can be noted within one country over time.

Trends can be identified on a national level: we traced different issues (Germany: academic recruitment) as well as diverse corruption instruments (bribes vs. family relationships vs. party memberships).

By defining a set of only five quantifiable and internationally comparable points of interest, we found that each country has a limited number of two core problems. This suggests that the phenomenon can be tackled if anti-corruption efforts will prioritize their issues accordingly.