Transparency International France is training students in the fight against corruption 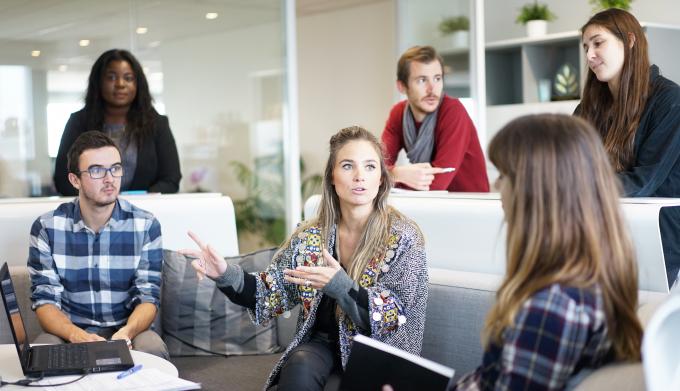 Transparency International France is the French national Chapter of Transparency International, a global movement sharing one vision: a world in which government, business, civil society and the daily lives of people are free of corruption. With more than 100 national chapters worldwide and an international secretariat in Berlin, we are leading the fight against corruption to turn this vision into reality and promote transparency, accountability, and integrity at all levels and across all sectors of society.

The movement works relentlessly to promote a culture of transparency and integrity around issues such as lobbying, independent judiciary, the fight against corruption, political funding, and the return of money from illicitly gained riches to victimized populations. We support witnesses or victims of corruption through our Legal Assistance and Citizen Action Centre (CAJAC). For many years, we have been supporting and training economic and public actors to prevent corruption and change the culture within their organizations. We encourage citizens through awareness campaigns and invite them to join us in our fight.

Thanks to the expertise it has gained over the last 25 years, Transparency International France hopes to ensure that society moves towards a culture of integrity by reaching out to future leaders who will take a stance against corruption. According to the International Monetary Fund, the cost of corruption is estimated to be between 1.5 to 2 trillion dollars, roughly two percent of global GDP, with France, ranked 23rd out of 180 countries in our 2019 Corruption Perception Index. As a result, we believe that it essential to train future stakeholders in both the economic and public spheres.

This is why Transparency International France is expanding its training offer through a Higher Education programme designed for French tertiary institutions where the managers of tomorrow are being trained. We are convinced that each student who receives training in ethics, will become one more actor promoting these values in the marketplace. The courses, designed in both French and English, are available for educational institutions in the form of modules. They are taught in pairs by TI France staff or volunteers and largely revolve around role-playing, allowing students to question practices and behaviors presented in the practical exercises.

In 2019, our qualified staff and volunteers trained more than 400 students in France on the following modules:

We operate in various sectors: business representation, international cooperation, but also auditing, accounting, political science and - in particular - public policy. We are able to intervene in such a wide range of disciplines due to the transversal nature of the subjects that we cover, such as ethical whistleblowing or the management of a conflict of interest, which both come down to individual decision-making. Situations such as a poorly managed conflict of interest or abuse of power for personal gain can lead to corruption. It is essential to raise awareness among all students before they enter the job market. Otherwise, out of ignorance, they risk reproducing behaviors that may prove problematic for themselves, as well as for the entities they will be working for.

In order to deploy its expertise, Transparency International France has also invested in a three-year project with the European Erasmus + Programme. This project, intended for graduate students at Master’s level from European universities, aims to deliver courses in line with European standards, alternating conceptual presentations with situational exercises. Given that anti-corruption issues receive little coverage in Master's programmes in proportion to their damaging effects on businesses, institutions, and society as a whole, the objective of this pan-European project is to alleviate this problem by increasing the awareness, knowledge, and expertise of students.

Transparency International France recognizes the actions carried out by ETICO as an opportunity for us to build on the natural complementarity of our work in the future.

Laurence Fabre is in charge of Transparency International France's private sector programme through the Forum des Entreprises Engagées, the training of economic actors and the development of pedagogical tools aimed to strengthen their expertise in the field of corruption. She is also the Head of the Higher Education Programme, within the framework of which she develops courses for universities and Grandes Ecoles, in French and English, on the themes of lobbying, corruption, conflicts of interest and ethical warning. She has been a lawyer for more than 20 years and is involved in teaching activities.