Promising but disputed: is blockchain the answer to fraud and corruption in education? 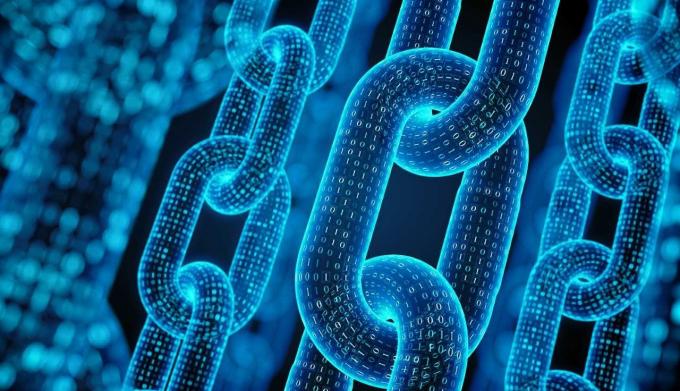 The promise of a technology delivering trust in trust-less environments, of immutability, security, traceability and transparency, has attracted many different industries to investigate blockchain as a tool to prevent fraud and corruption. Tech enthusiasts have been drivers of the exploration of possible applications for this database platform.

A few years back, the European Commission published Blockchain in Education, a report recommending research into blockchain technology for the education sector – such as for the “issuing of certificates, verification of accreditation pathways, lifelong learning passports”, and intellectual property management. In 2021, a Frontiers in Blockchain study asks if the digitalisation of education during the Covid-19 pandemic will “drive latent change” towards recognition of blockchain credentials and move the field from pilot studies into sustained systems.

Blockchainis a technology for creating databases with distributed governance. It is the book-keeping ledger; used for cryptocurrenciessuch as Bitcoin. The technology is also used to keep track of digital assets such as land-rights or provenance certificates and, in a few pilot projects, university diplomas and digital identities.

The “block” in a blockchain is a cluster of records containing a timestamp, transaction data, information of the asset, and most importantly the blocks are unbreakably “chained” together as each contains a cryptographic hash function from the previous block. If one block is tampered with the hash (or its “fingerprint”) registered in the next block, it will no longer be valid. The chain then breaks and must be re-calculated. Blockchain records are therefore considered to be immutable. An identical copy of the complete ledger sits with each partner in a network. The majority of the network has to agree to new entries by a mathematical consensus mechanism. Access to one’s assets on a blockchain requires a personal cryptographic key which is used to open the digital wallet. This key is usually stored in a smartphone or web-app.

The computational capacity needed to run a public, permissionless blockchain can be extremely power-consuming.

One such programme has been implemented by the University of Dubai, as part of the wider UAE Blockchain Strategy. In an attempt to prevent fraudulent education credentials, the University implemented the Shahada blockchain platform to “create, maintain and verify academic credentials”. The certificates are accessible via web or a smartphone and can be shared digitally. Employers are able to directly verify the authenticity of the digital certificate with the trusted issuer.

In Slovenia, the EduCTX project aims to provide a solution for internationally recognised proof of competencies. Based on the European ECTS system and the ARK blockchain the pilot project has been adopted by some Slovenian institutions. However, scaling up the idea into an international standard remains a challenge. The US-based National Student Clearinghouse and the IBM Learning Credentials Network (LCN) register are also tackling the question of digital certification, but taking into consideration that skills are not only acquired through a university degree but as part of a life-long learning process.

However, the use of blockchain remains controversial. Providing a secure personal ID for all is one of the Sustainable Development Goals (16:9). The ID2020 public-private initiative aims to deliver this, via a self-sovereign ID residing on a blockchain. Suggestions to issue a Covid-19 “immunity passport” linked to the ID 2020 nevertheless resulted in the resignation of one of the steering committee members whose white paper warned against the possible dangers of such a passport: the data in the passport may prove to be wrong, and the intimate information could easily be misused.

While many countries are adopting digital solutions for keeping personal records, blockchain does not always seem to be the preferred option. A survey released by the American Association of Collegiate Registrars and Admissions Officers (AACRAO) in March 2021 shows that its members are moving away from paper-based certificates which are considered inefficient, costly and easy to falsify. However, according to Ledger Insights, digitally signed pdf-files still seem to be the expected format for digital diplomas, besides edX transcripts from online education.

Similarly, while countries such as Estonia and India have developed a digital tie between personal ID and information about health, education, employment or taxation, neither of these systems use blockchain technology. Rather they use secure databases, interlinked with encrypted connections. In Estonia, the X-road ensures interoperability between the registers governing all aspects of the individual interaction with public entities, including digital voting. The state issued Estonian digital identity card is the key to entering the network, similar to the OnGrid platform in India, accessible with the Aadhaar 12-digit personal ID number. The Estonian ID is issued by a trusted entity, the government.

We claim there is a fundamental difference between tracking impersonal assets, and person-related data. They are inseparable from a person, similar to a medical record. Secure access to digital proofs of competencies and trust in the institutions issuing them is a foundation for internationally accepted credits. The question remains whether blockchain can deliver on the demand for trust within the educational sector or if we will see ethical concerns raising over privacy and fake credentials appearing on an immutable ledger.