Open government in education: Learning from social audits in India

This case study looks at the first social audit of education undertaken in India, under the aegis of the National Commission for Protection of Child Rights (NCPCR). It was conducted as a pilot project across ten Indian states. 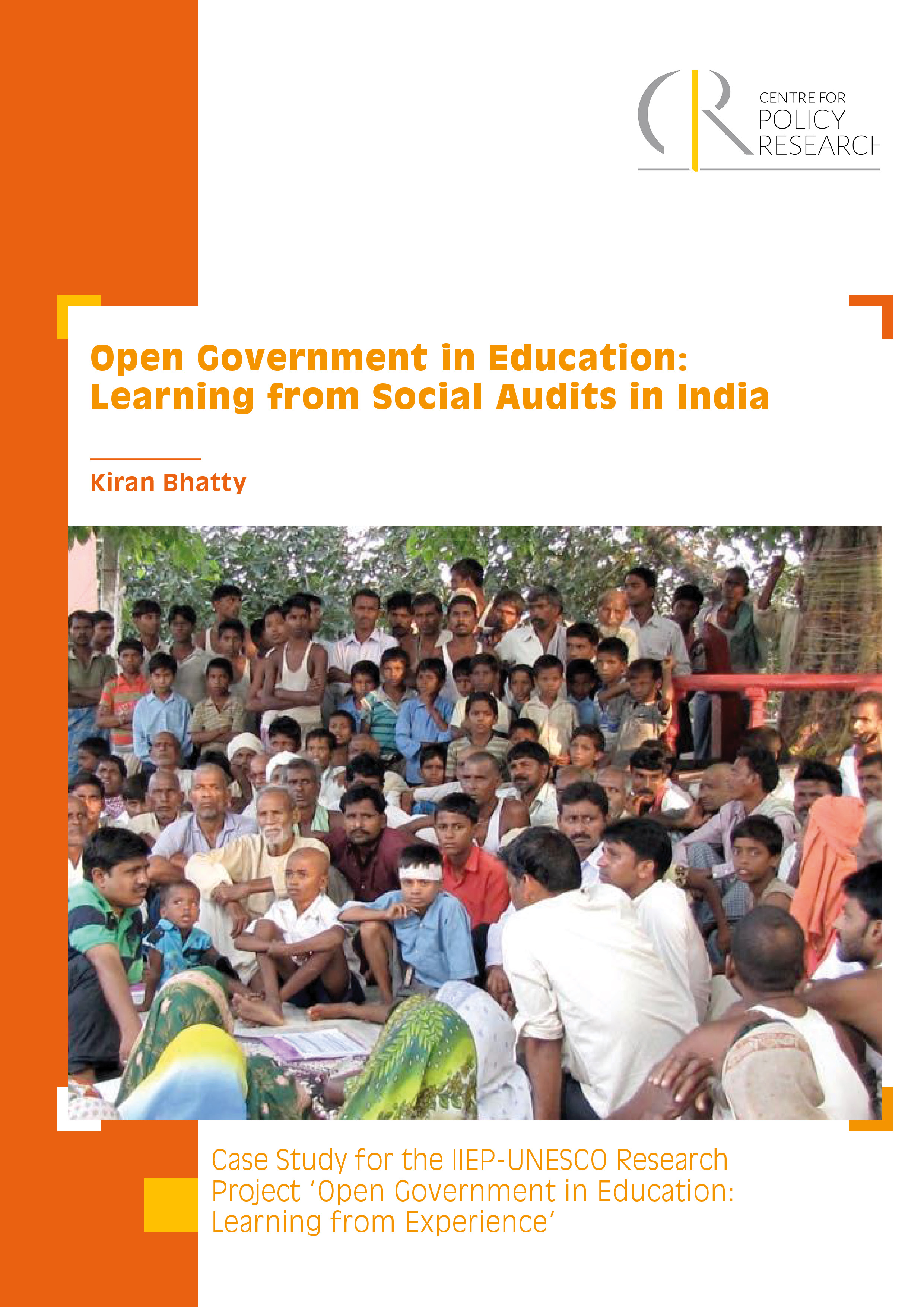 Social auditing is a powerful method for increasing open government: it relies on citizens as primary agents to conduct control and monitoring processes. It builds on the following principle: information increases the engagement of citizens and helps them to establish their priorities. Based on this, citizens can act as effective monitors of their entitlements.

The study reviews two of the ten sites where social auditing has been implemented in India, looking at what these initiatives have achieved, and what challenges have been faced. It argues that, for such citizen-led monitoring to take place, tools and processes of engagement, as well as platforms for citizen-government interaction, are required.

In addition, as many communities may not be equipped to initiate and sustain such processes, a facilitating organization or agency is necessary, at least in the initial period, before social auditing can be institutionalized. In order to close the feedback loop, follow-up with the government is also essential.

Building bridges between stakeholders and state actors, and working on the basis of collaboration rather than confrontation, play an important role in making social audits work.

The analysis underscores the importance of citizens having direct access to information and to platforms that allow them to dialogue with the State. It demonstrates that accountability can be established through such processes and that they can lead to the empowerment of marginalised social groups, such as women.

However, they require investment in time and resources to get started and then to maintain. A commitment from government agencies to pursue strategies that facilitate access to information and citizen engagement, as well as provide follow‑up are, therefore, the core requisites for a successful social audit. At the same time, successful social audits benefit from a non‑confrontational approach that favours building bridges and working collaboratively with government actors.

To share these recommendations and discuss major findings of the case study with relevant stakeholders including researchers, decision-makers, public officials and civil society representatives, the IIEP hosted a launch webinar together with the Centre for Policy Research (CPR) on 20 October 2021. Download the flyer here and watch the video of this event.

Kiran Bhatty is a senior fellow at the Centre for Policy Research (CPR), in India. Her research focuses on governance issues in elementary education, working to build systems of transparency, accountability, and community monitoring. Prior to joining CPR, she was the national coordinator for the RTE Act at the National Commission for Protection of Child Rights (NCPCR). She is also involved with various civil society initiatives such as the National Campaign for People’s Right to Information.

This is one of the six case studies on open government initiatives commissioned by IIEP and also conducted in Colombia, Ukraine, Madagascar, Peru, and Portugal. It is part of the IIEP’s overarching research on ‘Open government: Learning from experience’.